According to the view of current Geology granite is exclusively created by slowly cooling magma with a high silica content. It intrudes from the mantle below into existing rock or sediment and is clearly distinguishable from the original rock or conglomerate. In some canyons near Whitewater, in contrast to this scenario a different kind of constellation has emerged: 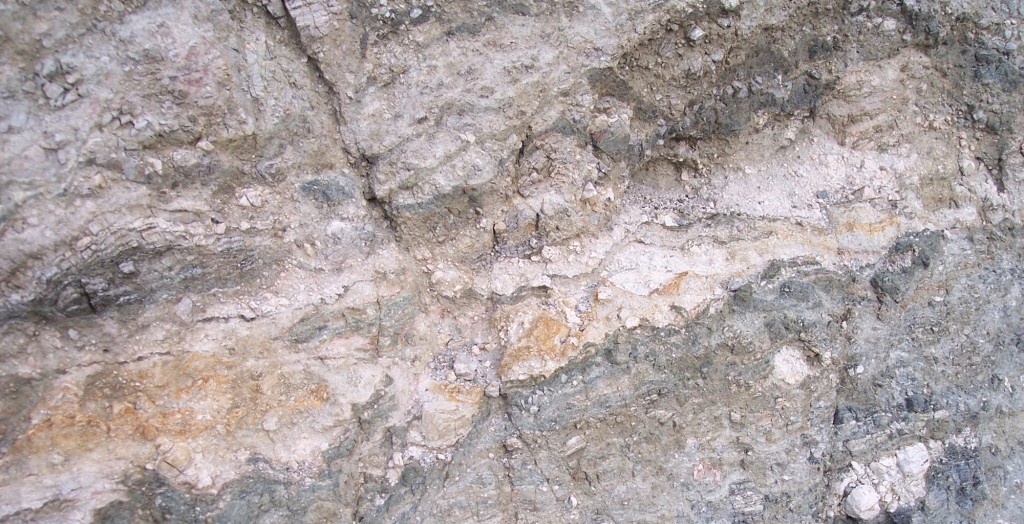 Weathered granite is according to prevailing doctrine, a granite exposed to the surface weather for a long time and has become brittle. To accept the present creation mechanism for granite, one would have to assume that the granite solidified in exactly the form, composition and appearance as the surrounding layers of conglomerate, while it penetrated from below and cooled in the dunes. That’s not very likely.

Instead of the above-mentioned mechanism it is conceivable that the conglomerate electrically transformed in situ into rock. The granite in this case would be not weathered, but rather a kind of proto-granite, which was not completely transformed into granite. It is striking that the proto-granite is exactly found where the canyon is narrow (and thus in the electrical scenario where the current density increases) or where a current flow would hit canyon wall at a perpendicular angle. In an electric universe a mechanism for generating external granite is easily available.

North of Kingman at the Big Wash Road which branches off Highway 93 into the mountains, a fresh road cut can be found with weathered granite exposed. 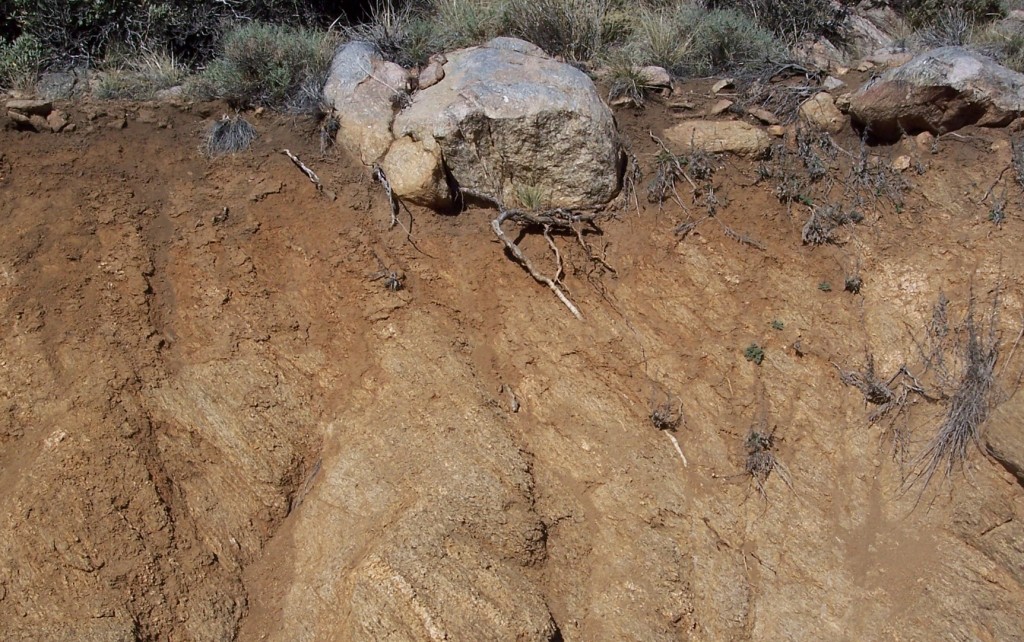 This weathered granite transforms without apparent sharp transition over into normal granite closer to the old surface. 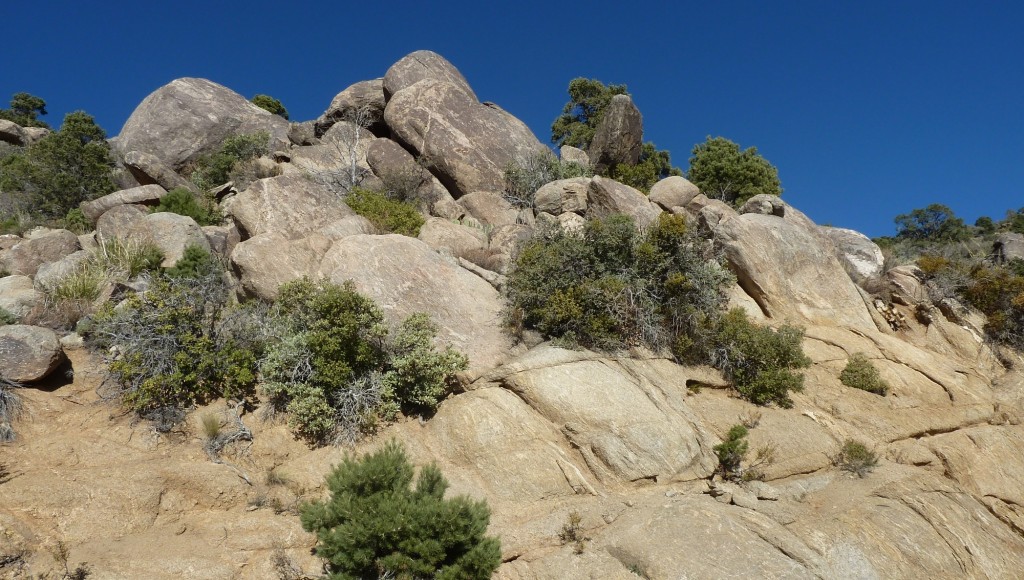 From an electrical point of view, the ridge of the mountain range and the surface got more power and consequently turned into “better” granite than the underlying layers that were “only” transformed into proto-granite.

Next: Electrical current flow on Earth [4]