For a better understanding of the topics covered on this website, a brief overview of the key concepts and processes of modern geology is necessary [Grotzinger/Jordan]:

The mean diameter of Earth is 12,742 km. It consists of core, mantle and crust. The core is divided into a solid metallic inner core and an outer liquid core. Its convective flow leads to a current that creates a magnetic field – a kind of geo-dynamo. This magnetic field is similar to that of a dipole, but it also has a small non-dipole component. The shell is similarity divided: At 2890 km depth, the transition from Earth’s core to the lower mantle happens. The upper mantle begins at about 650 km. The crust of the Earth (lithosphere) consists of the surface rocks, the granitic crust (7-70 km) and the uppermost mantle made of a rock named Peridotite, which slides on the upper mantle.

Geology has been fundamentally reformed in the sixties and seventies of the last century by the acceptance of the theory of plate tectonics. According to the theory of plate tectonics, the lithosphere of the Earth is divided into about a dozen moving plates. The movement of the plates is driven by convection in the mantle. Three types of plate boundaries are discussed: divergent boundaries, convergent boundaries and transform faults. Since the surface of the earth in the course of time is regarded as constant by the prevailing doctrine, an increase in an area (diverging boundaries) corresponds to the destruction of land by subduction (descent) at converging boundaries. Large-scale geological phenomena (transformations) are bound to plate boundaries, such as elongated mountain ranges, volcanoes and earthquake zones.

The lithosphere of the Earth is formed by rocks and minerals. They have a key role in reconstructing the geological history as their composition, their structure, their appearances and their stability allow conclusions about the processes and events that led to their creation. The most common minerals of the earth’s crust are by far the silicates (salts and esters of ortho-silicic acid and its condensates), followed by carbonates (salts and esters of carbonic acid). The carbonate minerals consist of carbonate ions which are bound to calcium or magnesium and also to other elements. Oxidic minerals on the other hand are compounds of oxygen and metals. Sulfides and sulfates consist of sulfur atoms in combination with metals. The chemical composition and the respective crystal lattice establish the physical properties of minerals: hardness, cleavage, fracture, luster, color, density and crystal form.

Rocks are further divided into primary and secondary: 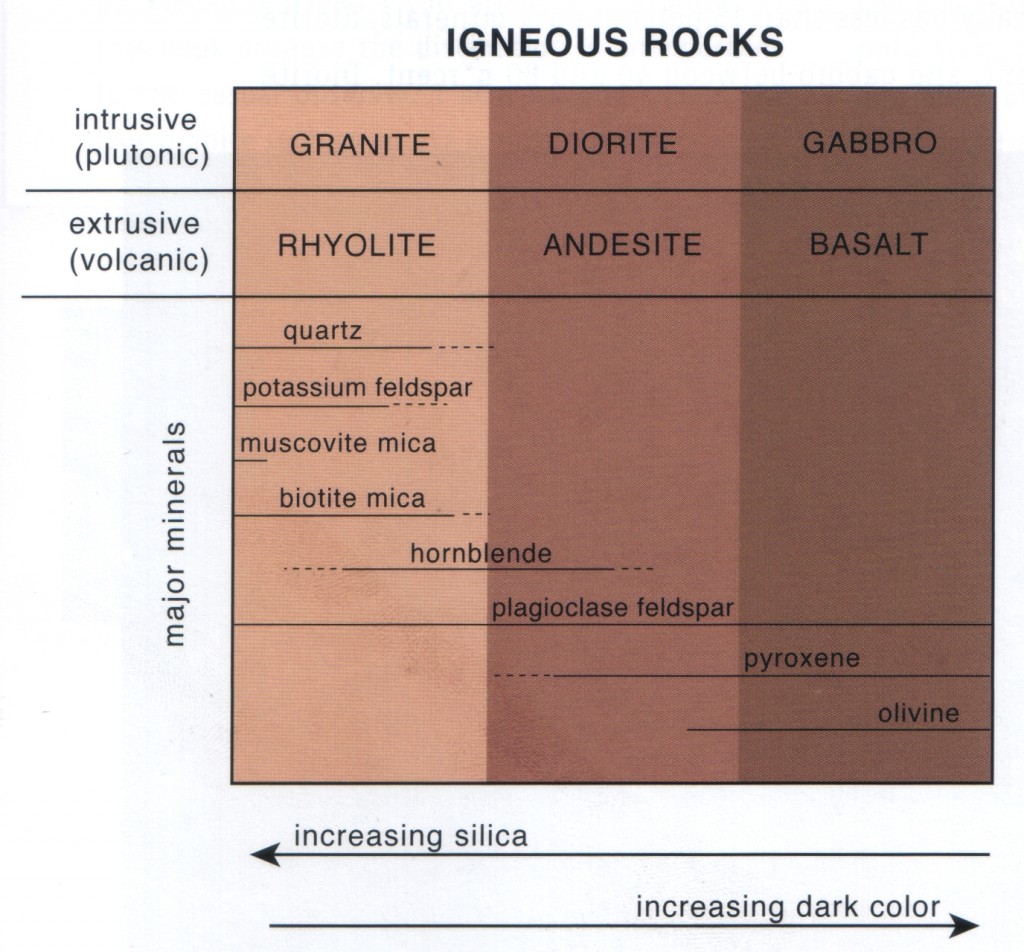 Rocks are created and destroyed over millions of years. They melt and solidify, they erode and sediment, they are transformed by pressure, temperature and chemical processes. Plate tectonics provides the framework for these processes.

The following summary is based on information from the textbook Understanding Geology [Grotzinger/Jordan] and from Wikipedia [wiki/Geologic time scale]: