A gigantic flood event as postulated here would be unthinkable in the traditional geological model. In a slow process, continents would sink, become an ocean and rise again millions of years later. Rivers would need millions of years to erode canyons. Instead, while having a faster process, we would have to assume that the Atlantic spilled from east to west across the North American mainland. What would cause such an event?

From an electrical point of view, the earth could be regarded as a homopolar motor [Wikipedia] (the exact opposite of a geo-dynamo), which is supplied through the electrical system of the sun. Strong interference of the current flow would have a short-term dramatic effect on the rotational velocity of the Earth. If this current providing the motor would even reverse polarity, for example as part of a larger electrical event in the solar system, the speed of rotation of the Earth would slow down to zero and then it would start to rotate in the reverse direction. Assuming that the Earth initially rotated clockwise (sunrise in the west), the water of the oceans would in that case first flow east-to-west across continents, and then run towards the poles, since the rotation of Earth normally produces a water-mountain of several kilometers height at the equator by centrifugal forces. The sea level at the equator is 20 km higher than at the poles. The process would be reversed again with increasing rotational speed and the water would run back from the poles towards the equator, in whatever direction the earth rotates afterward. 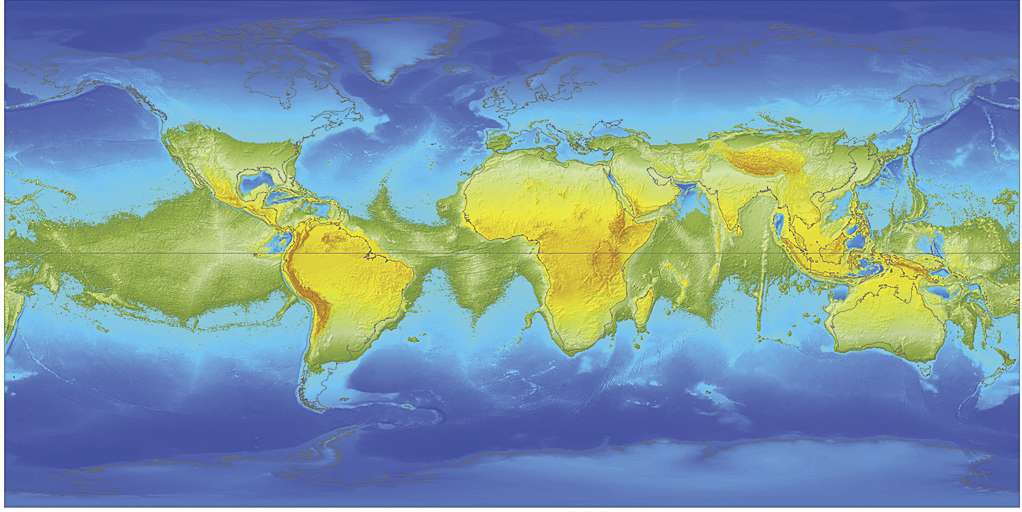 An impression of the consequences of such a scenario is provided by a simulation conducted by Witold Fracek [Fracek], which as a result divides the oceans into a northern and a southern ocean. Europe, North Asia, Canada and the northern U.S. are almost completely covered by water, while in the southern hemisphere the floods are not that extreme, because of the greater Antarctic Basin. The simulation however uses a period of 20-30 years for the deceleration of Earth’s rotation and is therefore to be regarded as quasi-static. Also a possible deformation of the Earth through changing forces was not taken into account (return to a more sphere-like form). Would the braking maneuver happen in a much shorter time frame (hours or even minutes), the process and the moving water would cause damage orders of magnitude bigger than currently simulated. One is reminded of the mountains of animal and plant remains in the Arctic Circle mentioned in Earth in Upheaval. Also the previously mentioned sediment ring around the North Pole and the south- and southwest-pointing sediment tabs on the North American continent need to be considered. Another additional supporting observation could be the fresh deep underwater canyons at the American west coast. They may have occurred as the waters of the Pacific Ocean moved to the west and water flowing from the continent had the opportunity to cut the former marine sediment deeply. China also shows clear signs of ‘sloshing’.